Book in a meeting, let’s have a chat

Book in a meeting, let’s have a chat 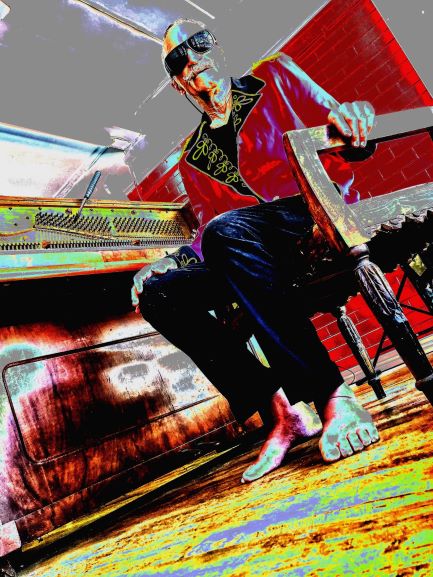 Humpty’s Jigsaw: a poetic exploration of recovery by Gregory Bryant

Humpty’s journey began in pieces beneath his wall more than a year ago. He was a giant, scrambled jigsaw with only a vague memory of what he’d once been. Fortunate for Humpty there was a Princess who cared, and she was distressed to see him in pieces. The Princess called in all the King’s men to tackle the jigsaw: Doctors, Centrelinkers, NDIS, Support Workers, Hospitals, Psychologists, Occupational Therapists; they assembled quite an army, and together they tried to reassemble Humpty. He was perplexed at why so many were doing such a fruitless task. Didn’t  they know that Humpty can’t be put together again?

Humpty raised an eyebrow when someone found a corner piece, then another. He began to help with the jigsaw when enough bits had joined together to depict a horizon line, followed by others of the same subtle colour. But still he worried: he knew however clever the King’s men were, they could not perfectly complete this thousand piece puzzle, to make it exactly like before.

Humpty looked into the mirror and thought, “I have been given all the King’s men, and they have gotten most of my puzzle together again. But why did so many gather? Was it because the Princess had such a loud voice? She has, but that cannot be the only reason. Perhaps the King and all of his men expect something from or of me. Am I to be a world famous composer, or an author of renown ? A painter, sculptor?”

Nah. That’s not going to happen. But I can show my gratitude just by breathing, nothing more or less, nothing at all spectacular. I am the unhurried old man sitting in the sunshine who’s paying homage, and that’s enough. Patched-up Humpty still listens for the bother that got him atop the wall in the first place, but this time he knows better than to climb it. Humpty’s Jigsaw: a poetic exploration of recovery by Gregory Bryant

Male
For whatever reason he fell and, indeed, why he was even up on the wall in the first place, it doesn’t matter anymore. He may have been pushed, perhaps his...
Read More

We had no idea what was ahead of us as a family.

Our journey stared 22 years ago. At this stage my son’s world was turned upside down over night. His struggle with mental illness just began. We had no idea what...
Read More
Reach Out
Interested in connecting with our approachable professionals?
Take the first step

Minerva was the virgin goddess of music, poetry, medicine, wisdom, commerce, weaving, and the crafts. She is often depicted with her sacred creature, an owl usually named as the “owl of Minerva” ,which symbolised her association with wisdom and knowledge.

Our name and logo represent a commitment to knowledge, innovation and resourcefulness in the field of mental health. We recognise the complexity of being human, and respect that deep thought, authenticity and wisdom are required when connecting with anyone that seeks to improve and maintain their mental health.

About Minerva as a company